You are here: Home / case study 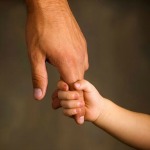 In recent months, much has been written and said about both the problems and benefits for one-parent families on social welfare that have been put through the One-Parent Family Payment (OFP) reform process. At the heart of this are the cuts in income faced by many parents who are working part-time and in receipt of social welfare.

We asked Theresa, Emer and Sharon, each of whom is parenting alone, working part-time and has been recently transitioned from the OFP, to share the reality of their experiences of this reform process. Despite the fact that Theresa, Emer and Sharon is each doing what Government said this reform is supposed to enable – activation – all of their families have suffered a substantial financial loss. You can read what they told us below.

One Family believes that it is counter-productive to Government policy to enforce income losses on poor families when the objective of the reforms is to support people off welfare and out of poverty into sustainable employment. It is also counter-productive to imply that people parenting alone and in receipt of the OFP do not want to work. They do, and many are also in education.

These debates have not been helped by  misinformation about how comparatively ‘well-off’ some families are on social welfare, or how much better off they could be in different circumstances; for example, if they were to increase their hours of part-time employment to become eligible for Family Income Supplement (FIS). One Family is responding clearly with some facts and the real-life case-studies of Theresa, Emer and Sharon in order to demonstrate the reality for the families we work with and represent.

Some facts in response to Government briefings:

Theresa, Emer and Sharon are all doing what Government says this reform process was implemented to support, and which should result in an increase in income: they are all working part-time over 19 hours per week and in receipt of FIS. 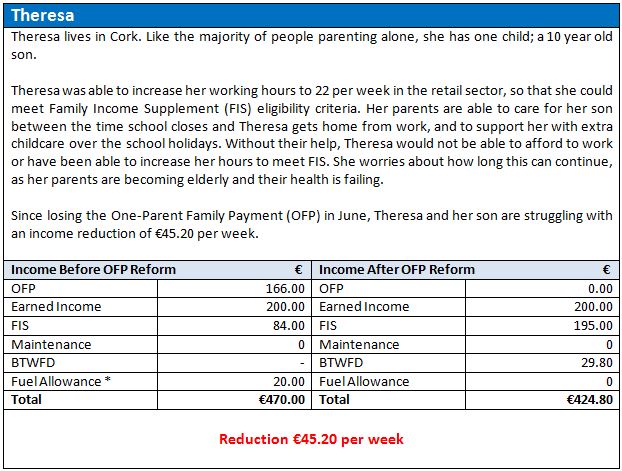 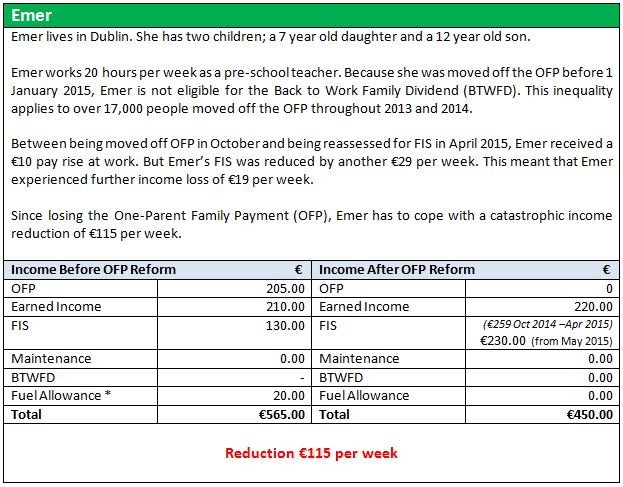 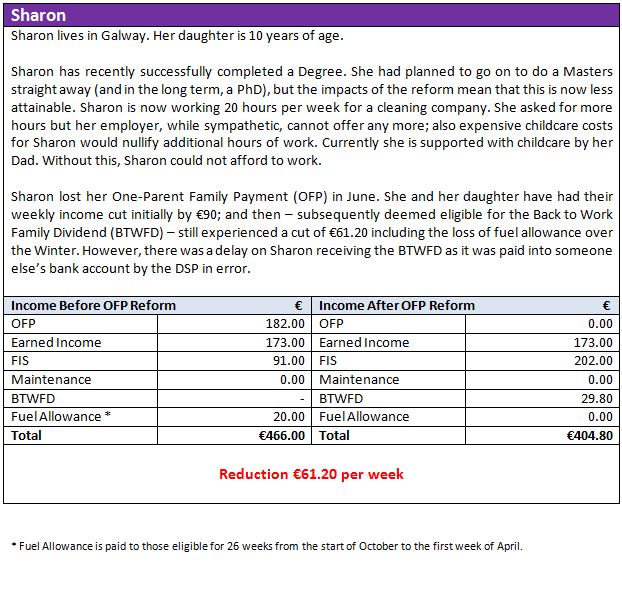