The State of the Nation’s Children Report: Ireland 2012 has been published this afternoon; the fourth report in a biannual series. Frances Fitzgerald TD, Minister for Children and Youth Affairs, launched the report which shows that the number of children in Ireland has increased by 13.4% since 2002. The Minister said it pointed to the need for a greater focus on vulnerable children, further investment in early-childhood services and improving the affordability and accessibility of childcare.

“This growth of the birth rate further underlines how urgently the economic value of childcare as a component of economic growth and social investment must be recognised,” responds Stuart Duffin, One Family’s Director of Policy & Programmes. “Social investment in childcare is now fundamental to growth. By placing childcare in the context of education it will have greater potential to reduce child poverty and benefit children and families.”

The Organisation for Economic Co-operation and Development (OECD) has identified publicly supported childcare and early childhood education as critical to a nation’s wealth and citizen well-being. Countries with the healthiest families and sustained economic development are also most likely to view a licensed childcare system as an essential part of the public infrastructure supporting the economy, according to County of Wellington Childcare Services, New Zealand (November 2012).

The World Bank supports such action as an investment in human capital that prioritises the development of less costly preventative interventions for young children who are vulnerable to developmental delay, rather than more costly remedial action for older children and adults (www.worldbank.org) and states that “well conceived early childhood development programmes are a cost effective means of strengthening society.”

As we see births rise in Ireland, we must tailor supports for those families which may be disadvantaged or have life-chances restricted because services such as affordable and accessible child care are not in place for all. This is a specific fulcrum for those currently parenting alone or who may parent alone in the future, as Government strategy channels lone parents to take up work as the key means of getting them out from poverty. 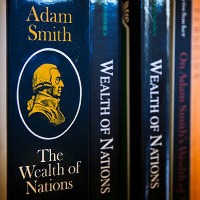 Planned Income Disregard Cuts Will Not Be Implemented 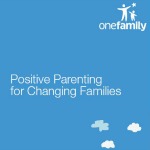 Report on Child and Family Income Support published Storytelling with Children’s Authors, a Giraffe and Poppy
Scroll to top