But Budget 2015 Will Push More Vulnerable Families Out of Work

(Dublin, Tuesday 14 October 2014) One Family – Ireland’s organisation for people parenting alone and sharing parenting – today responds to Budget 2015 acknowledging the small increase in the universal child benefit and the partial reinstatement of a Christmas Bonus, yet noting that the failure to commit to retaining the Income Disregard level or provision of affordable accessible childcare prove that Government’s ears are still not fully open to the voices of Ireland’s one-parent and shared parenting families.

Karen Kiernan, One Family CEO explains: “Enda Kenny said that this Budget would be about building for the future. Yet thousands of one-parent families are denied that opportunity. Research shows that it is poverty, not family structure, that most impacts on outcomes for children. While the child benefit increase of €5 and the partial re-instatement of the Christmas Bonus may be welcomed by some parents, these are not cost-effective measures that will impact on poverty levels in any tangible manner without being tailored to respond to need. 53% of lone parents are in the labour force yet one-parent families remain those statistically most at risk of poverty.  Maintaining the Income Disregard would be an effective step towards making work pay, rather than forcing low and middle income families into the preposterous position of being less well-off when working.”

Stuart Duffin, One Family Director of Policy & Programmes, states: “Let’s be absolutely clear. If Government wants to invest money to help working parents, tailored investment in education and not expensive one-size fits all activation measures is a way of doing that. Together, both the NGO sector and the Government could do a lot more at far less cost by improving access to part-time education. Government must recognise the importance of locally tailored services.”

One Family’s 10 Solutions campaign – 10 effective measures that Government could implement at low or no cost – have been partially listened to but not fully addressed meaning that the disastrous legacy of Budget 2012 will continue to entrap one-parent families in poverty.  With over 55,000 more lone parents being moved onto the live register by 2015, with little in place, more children will grow up in poverty.

Karen Kiernan continues: “One-parent families in working poverty and parents sharing parenting of their children have borne the brunt of spending cuts such as the changes to the Single Person Child Carer Tax Credit last year, and the ill-formed re-activation measures flagged in Budget 2012. Government should be doing everything it can to help poor children, not condemning more children to join them. There is no future in that.” 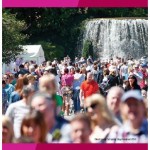 Listen to a One Family radio documentary 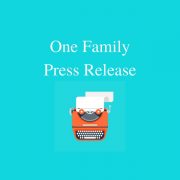 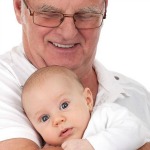 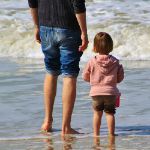 10 Ways to Make the Most of School Breaks

Positive Parenting for Changing Families, a One Family Seminar in National Parents...