An economic report revealing that the cost of childcare in Ireland is creating a barrier for parents who want to return to work, commissioned by the Donegal County Childcare Committee and conducted by Indecon International Economic Consultancy Group, was launched today by Minister for Children and Youth Affairs Frances Fitzgerald.  The independent nationwide report, entitled Supporting Working Families – Releasing a Brake on Economic Growth, examines potential policy options to address the childcare obstacles that exist as a barrier to employment.

One Family attended the launch today with our Director of Policy & Programmes, Stuart Duffin, responding:

“Finally a report that asserts childcare is a fundamental of economic policy and a service which underpins community economic development and growth. Access to quality childcare has major impacts on child poverty and on families’ quality of life more generally. We need to aim to encourage debate about the correct level of support childcare and how it is funded through a whole of government  social investment.”

Government is charged to commit to protecting childcare spaces in both the short and long term, for families in transition and particularly for those parenting alone. For low-income parents, lack of access to quality and affordable childcare is a fundamental challenge to participation in the labour market[i]. Any loss of funding puts at risk the availability of community based care for children where families need it.  Consequently, parents’ ability to work is jeopardised which subsequently makes vulnerable the entire childcare system and ultimately the economy as a whole. In the short term, enabling investment through tax credits and incentives must be committed to providing mechanisms and means to keep crèches intact. In the longer term, we must work together to secure the integrity and sustainability of the childcare system.

A clear pathway needs to be agreed on how to go to a tax based system from the current arrangement of FIS CETS and CCS  as we see hard pressed working families struggling with childcare cost. Therefore we need to support access to good quality childcare through in-work supports. Currently, the danger is that the employment subsidy part of FIS (the income disregard) acts as a perverse incentive for lone parents and makes the cost of childcare unreachable.

Lone parents transitioning from social assistance to waged work should not be penalised and should gain financial benefit from this move. The “work incentives” currently in place as well as the continuing erosion of income disregards do not support parents entering the labour market[ii].

Government must initiate and commit to supports for low-income families to ensure they receive (tax) credits and assistance aimed at improving incomes, for example the Family Income Supplement. In-work assistance initiatives and supports improve the incomes of low-income families (and in particular those parenting alone). They are vital tools in engineering financial independence and mitigate the impact of increasing costs of taking up employment. Government must ensure that it pays to work: the cornerstone of the Government’s welfare to work strategy and future practice.

Currently, the tax and benefit system is unfair and traps people in poverty and unemployment. It is not possible to reform the system as it currently stands. It may be possible to reduce some of the worst aspects by tinkering with starting rates of tax and benefit tapers, but the inherent inequality in the way that tax-payers and benefits recipients are treated will remain. Policy-makers and politicians must take this opportunity to consider a total reconfiguring of the tax and benefits system. Without this, it is impossible to imagine that any changes will do more than transform an awful system into a bad one.

[i] EuroChild, (2012), Overall assessment of the SPC advisory report to the EC on “Tackling and preventing child poverty, promoting child well-being” & suggestions for future actions 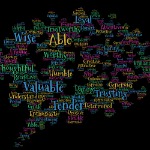 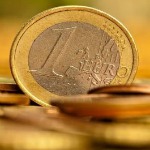 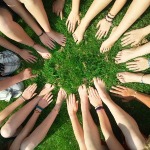 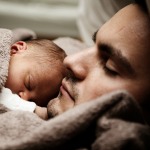