One Family is attending Taking Action to Fight Child Poverty and to Promote Child Well-being, a two-day conference in Dublin organised by Eurochild, European Anti-Poverty Network Ireland, UNICEF and Children’s Rights Alliance as part of Ireland’s Presidency of the EU.

Yesterday UNICEF published Report Card 11 naming Ireland as the 10th best developed country in the world for children to grow up, ahead of both the UK and the US. This report, launched by Minister for Children and Youth Affairs Frances Fitzgerald, is the culmination of research spanning ten years (2001-2010) and also shows a decade of steady progress for the nation’s children.

“However, this report card does not show the on-the-ground reality of austerity policies and practices which stem from Budget 2012 which are hitting the poorest families hardest,” said Stuart Duffin, Director of Policy and Programmes at One Family.

“Those at the top had the boom but it’s those at the bottom being made to suffer the bust and this particularly is the case for those parenting alone. We need to build and invest in the jobs, housing and childcare that will stimulate the economy and meet the needs of all families.

“If we don’t it will be shocking and dangerous in public policy terms, and also a catastrophe for the childhoods and life chances of so many of our children.”

At the conference, One Family has presented Investing in Children – Breaking the Cycle of Disadvantage. Our 10 Solutions for Smarter Futures campaign sets out pointers for government to alleviate the impact of persistent and consistent poverty for those parenting alone. Learn more about 10 Solutions here. 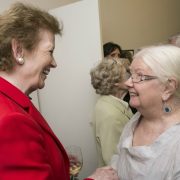 Safefood Urges Parents to Say No to Treats Every Day 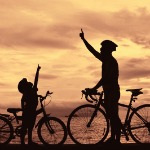 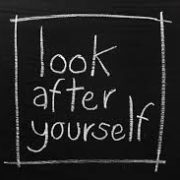 Vote for One Family in the Better Together Video Competition