You are here: Home / Indecon 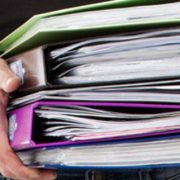 The Quarterly National Household Survey released today by the Central Statistics Office (CSO) reveals the most recent employment statistics for the period April-June (Q2) 2017. One Family has analysed the findings in relation to people who are parenting alone.

The Indecon Independent Review of the Amendments to the One-parent Family Payment since January 2012, released last Monday, showed that 63% of the respondents in full-time employment stated that they cannot afford 3+ items on the deprivation list, meaning that they are most definitely experiencing deprivation daily, and in-work poverty.