Today Minister Varadkar, in an interview on Morning Ireland (RTÉ Radio 1), discussed the changes to the One-Parent Family Payment (OFP). The Minister was adamant that there were no cuts made to the payment by the last Government, but rather to the conditionality of the payment. While this may be technically correct, it does not acknowledge the fact that a result of the reform is significant cuts to income for many one-parent families. Both the reform of the OFP and its implementation have been plagued by poor planning and communication, and a lack of joined up thinking on the part of the Department; impacts have included the creation of unnecessary fear and worry, and reduced income for many already vulnerable families. Lone parents already in work and in receipt of Family Income Supplement saw an immediate 40% reduction in their payments as a direct result of the reform. Government policy has not worked. Government has failed these families.

Minister Varadkar also outlined measures being put in place to reduce unemployment figures in line with the most advanced European economies. However, these economies invariably provide state-subsidised, affordable, accessible childcare to support parents to enter work. Ireland must follow suit if it wants to match the employment rate of other European countries. The immense cost of childcare in Ireland was acknowledged during the interview by the Minister who stated that “one of the biggest things” this Government could do is to reduce the cost of childcare. Yet despite this acknowledgment of the lack of affordable, accessible childcare currently available and how immense a barrier this is for parents to work, the Minister was emphatic that no reversal of the reform will be implemented. One Family contends that continuing to enforce the reform with a flawed childcare system in place is senseless.

The Minister further stated that the key to making work pay is to promote not just any job but getting a better quality job. One Family agrees that an investment in education and training supports is imperative in order to achieve this but this is just one essential step that must be taken, and it must be taken now. As outlined in our previous response to Minister Varadkar and in our Pre-Budget Submission there are a number of other steps that the Department could take to remove current educational barriers impacting on one-parent families.

The reform of the One-Parent Family Payment has failed, as evidenced by the already low-income families who have become poorer owing to its impacts. It is disappointing that the Minister, like his predecessor Joan Burton TD, continues to fail to acknowledge this; that Government policies and services that would address the major barriers faced by lone parents trying to access employment and/or education have yet to be proposed or implemented; and that lone parents and their children – 59% (almost three in five families) of whom experience enforced deprivation (SILC 2014) – are suffering the impacts of an intrinsically flawed Government approach. 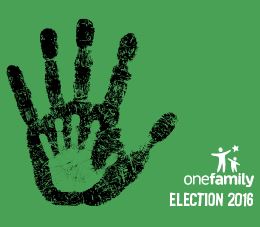 With just one week to go until General Election 2016, we urge everyone to email their local candidates to ensure that one-parent families are on their agenda. We are calling for six key commitments which you can read about below. 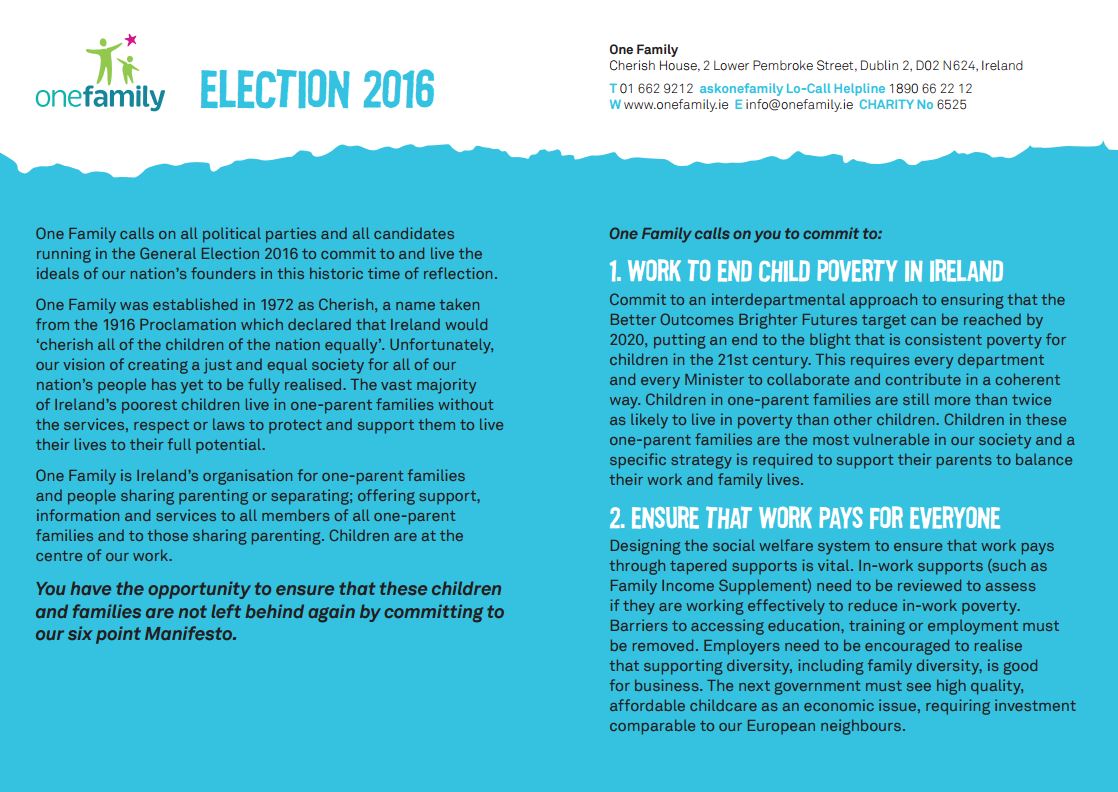 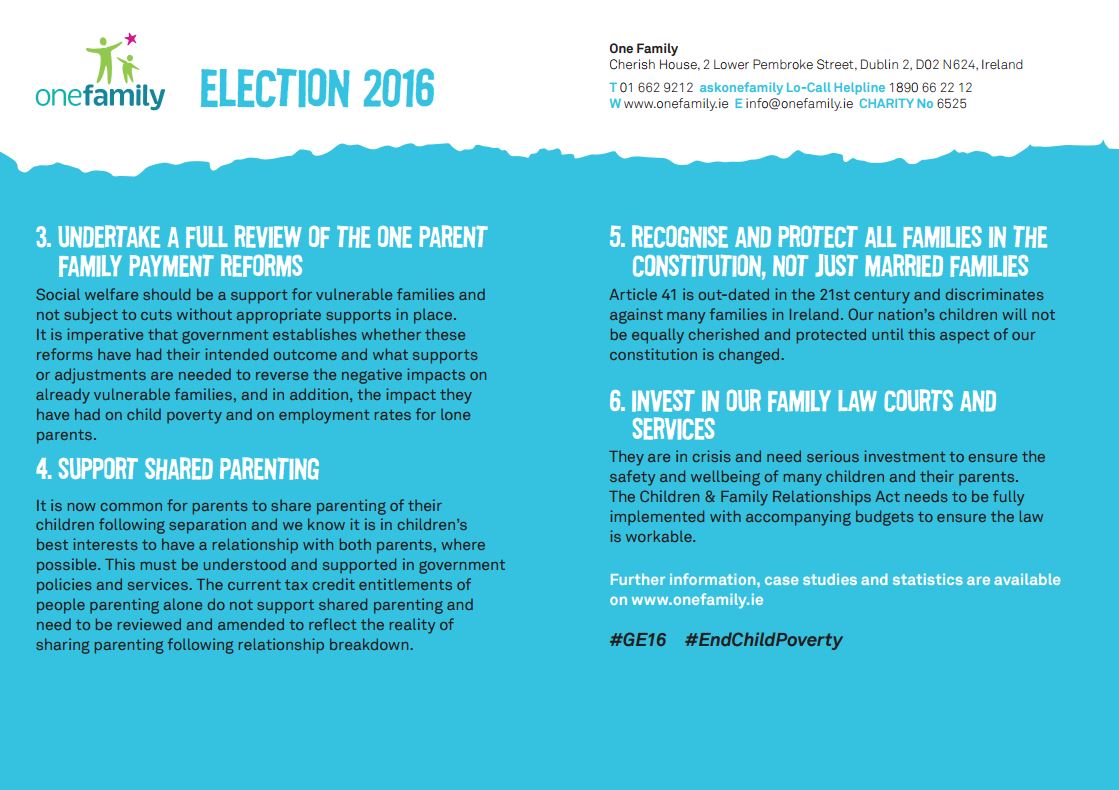 It’s easy to email all of your local candidates in just one minute; click here. You can also download two handy documents with questions and take away messages for candidates who call to your door, to help ensure that they know that these issues matter for all families in Ireland.

Use the social share buttons below to ask your friends and family to support our Election Manifesto for one-parent families.