One Family, the leading provider of specialised support services for one-parent families in Ireland today, 7th December 2010, gives its response to Budget 2011. At a time when cutbacks were inevitable One Family had called on the Government to protect those already experiencing high levels of poverty and social exclusion from any more cuts.

‘But today’s many cuts – coupled with increases in taxes to be paid by those on low incomes – will have a devastating effect on one-parent families, many of whom are already living in poverty and struggling to combine work and caring responsibilities. In the absence of any clear jobs strategy the government has clearly not met its commitment to protect the most vulnerable from the effects of the crisis,’ says Candy Murphy, Policy Manager, One Family.

‘Children are the real victims of today’s budget,’ continues Murphy, ‘as the cuts in  the One-Parent Family Payment of approximately €8 a week will hit one-parent families especially hard. The effects on children of these cutbacks will be particularly long lasting and deep. The universal social contribution may increase this hardship. While we don’t have exact details of this yet we know that it will be applied to those on the new minimum income and may be highly regressive.’

Even before the budget, more and more lone parents were contacting One Family because they were having difficulties in making ends meet for their families.

‘Our *askonefamily helpline has received an increase of 25% of calls since the recession,’ adds Murphy, ‘many of these calls are from distressed parents whose relationships have reached crisis point due to financial stresses and pressures.

Yet this budget makes no recognition of this real impact which the recession is having on family relationships.  The Government has not provided for any increased services to deal with the additional stresses.’

One Family Director Karen Kiernan adds: ‘Lone parents and their children represent a group in our society which is experiencing very high levels of poverty and social exclusion. Particularly in a time of economic difficulty the state needs to ensure that this vulnerable group do not slip further into poverty. In addition urgent reform is needed to remove barriers and support lone parents who wish to enter, remain in and progress in employment.’ 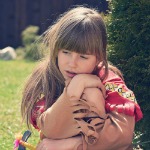 Parenting | Getting ready for back to school

Visit from US Cultural Ambassador to Cherish House – May 5th

Parenting | How to answer the awkward questions?

Parenting | 10 Ways to Support A Child Who Is Bullying

Want to join the discussion?
Feel free to contribute!