Blog - Latest News
You are here: Home1 / Policy2 / Statement | Clarification of One Family Policy Position in Relation to...

One Family is very disappointed by comments made in relation to our policy work on TV3’s Tonight with Vincent Browne show on Wednesday 1 April 2015. To set the record straight, One Family does not endorse the reforms to the One Parent Family Payment (OFP) as currently being implemented by Government.

We have stated previously that changes are necessary as one-parent families are continuously those most at risk of, or living in, poverty in Ireland today which is not acceptable. We have made numerous proposals and submissions to Government on how progressive, positive changes could be made – changes that would improve the lives of lone parents and support them to build better futures for their families – and actively engaged with the Department of Social Protection on how best to achieve this. However, One Family does not endorse these reforms as currently being implemented as they will fail.

Our policies and submissions are informed by the parents we work with, those parents from around the country who participate in our Policy Panel, those who take our surveys, and those who engage with us through our askonefamily helpline and in many other ways. These include our 10 Solutions which are low or no-cost changes that Government could implement which would help in improving outcomes for people parenting alone. One Family has always been clear that badly planned and implemented reforms combined with cuts will not work to move one-parent families out of poverty.

The comments made by Deputy Joanna Tuffy on Tonight with Vincent Browne on Wednesday could be taken as an implication that One Family approves of the reforms now being enacted. This is a misrepresentation of our policy stance. While the Department has made some adaptation to its original reforms announced in Budget 2012 – with, for example, the introduction of the Job Seekers Transitional Payment (JST) which we welcomed – it is simply not enough and we have consistently highlighted this. Reform should not seek to address lone parents as a homogenous group. Changes must be informed by the reality of the lives of people parenting alone.

The real impact of these current reforms is that many thousands of parents will experience catastrophic reductions in their weekly income. Parents being moved from the OFP to JST or Job Seekers Allowance include parents currently in part-time employment. Many will now be forced to give up their part-time jobs, due to a complex and unwieldy system. This will result in even greater levels of poverty being experienced by these families. We have called for free part-time education to be made available to lone parents in acknowledgment of their caring responsibilities, for those who wish to pursue it. For those parents presently in employment and education or who wish to return to either, the biggest barrier remains the lack of availability of affordable, accessible, quality childcare. Despite promises made in the past, this issue has yet to be adequately addressed. All of this is being compounded by a serious lack of consistency and clarity of information being communicated to parents at some local social welfare/INTREO offices, creating severe uncertainty and stress for parents already struggling.

One Family presented stark evidence of the real impact of the current reforms to the Joint Oireachtas Committee on Education and Social Protection on 18 February, as did representatives of SPARK. Deputy Tuffy chairs this Committee but was not present at that time. However, we have always engaged with the Deputy and with representatives of the Department of Social Protection and will continue to do so. As our CEO Karen Kiernan stated to the Committee on closing in February: “One Family has always called for and supports the reform of the payment. The problem is that it was combined with cuts. It was never really going to work and it has not been working to date. From now on, better implementation and planning are required. There is a lot that could be done but there are many errors on the ground about which we are very concerned. We have heard about the litany of cases of people who have actually lost money. We are concerned that the payment is not working now. In order for it to work, changes are needed. I will leave it at that. Our door is wide open in terms of collaborating and assisting.” The full transcript can be read here.

We will continue to work with whomever we can. One Family’s door remains wide open to the Committee and to the Department for collaboration and assistance. 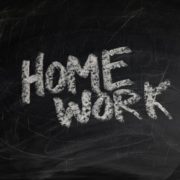 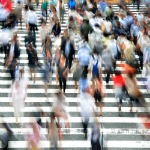 10 Ways to Keep Your Child Safe When Out and About

Parenting | How to Deal with Leaving Cert Results Disappointment

Our Response to Draft Heads of Children and Family Relationships Bill

In His Own Words | Dean’s Story – When My Parents Separated, Part...
Scroll to top