Stuart Duffin, One Family, Director of Policy and Programmes, comments: “The current reform of the One Parent Family Payment (OFP) is failing our families. This means that Ireland’s most vulnerable parents and children will experience even greater poverty.

This reform is being phased in with the stated aim of enabling lone parents in receipt of the OFP to move from social welfare into education and employment.”

“To date almost 15,000 parents have been moved from OFP when their youngest child reached the age of at least 7 years old; with almost another 30,000 parents scheduled to be transitioned to other payments – primarily the newly introduced Job Seeker’s Transitional Allowance (JSTA) or Job Seeker’s Allowance (JSA) – in July 2015. Currently, 65,000 people are in receipt of the One Parent Family Payment. However, those who are being hit hardest are those already in part-time employment and many are being forced to give up their jobs. It is incomprehensible how a system of reform purported to enable people parenting alone to return to employment or education is most adversely affecting those who are already in the process of doing so.”

Stuart further comments: “CSO figures released in January 2015 reveal the shocking extent of child poverty in Ireland. The number of children living in consistent poverty – meaning they are living both at risk of poverty and experiencing deprivation – has risen to nearly 12 per cent and clearly shows that those living in households with one adult and one or more children had the highest deprivation rate in 2013 at 63.2% and the highest consistent poverty rate at 23%. This is shameful. It reduces children’s life chances.”

Government needs to admit that its current policies and new reform measures where lone parents are being moved from the One-Parent Family Payment to Job Seekers payments are just not working. Current policies mean that the barriers to lone parents returning to employment or education are leading to an increasing dependence on social welfare over time. Government must to listen and act, as its choices condemn one-parent families and their children to persistent poverty.

About One Family | One Family was founded in 1972 as Cherish and is Ireland’s leading organisation for one-parent families and people sharing parenting or separating, offering support, information and services to all members of all one-parent families, to those sharing parenting, to those experiencing an unplanned pregnancy and to professionals working with one-parent families. Children are at the centre of One Family’s work and the organisation helps all the adults in their lives, including mums, dads, grandparents, step-parents, new partners and other siblings, offering a holistic model of specialist family support services. These services include the lo-call askonefamily national helpline on 1890 66 22 12, counselling, and provision of training courses for parents and for professionals.

Has your One Parent Family payment ended? 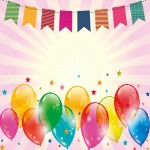 Parenting | 10 Ways to Prepare For School Tours
Scroll to top

You can find out more about which cookies we are using or switch them off in settings.

Strictly Necessary Cookie should be enabled at all times so that we can save your preferences for cookie settings.

If you disable this cookie, we will not be able to save your preferences. This means that every time you visit this website you will need to enable or disable cookies again.