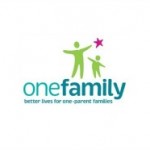 The European Institute for Gender Equality (EIGE) published a new report last week entitled Poverty, Gender and Intersecting Inequalities in the EU Review of the implementation of Area A: Women and Poverty of the Beijing Platform for Action.

This report is part of EIGE’s mandate to monitor EU progress towards gender equality, specifically in relation to the objectives of the Beijing Platform for Action (BPFA) and it is hoped that its findings and recommendations offer solid and useful evidence to address the unresolved challenges for gender equality facing Europe today.

One Family know the shocking and unacceptable facts and we hear the families we work with and support; and it’s time that Government fully listens to and takes real action to honour its commitment to lift over 97,000 children out of consistent poverty by 2020.

Some of the key findings:

Almost every second lone mother (49 per cent) across the EU and a third of lone fathers (32 per cent) are at risk of poverty or social exclusion.

Lone parents are more often lacking resources to spend on themselves, particularly lone mothers. Only 55 % of lone mothers say that they can spend a small amount of money each week on themselves (compared to 78 % of lone fathers).

The risk of poverty or exclusion among lone parents is very different across the EU-28, varying from 35 % in Slovakia, Finland and Sweden to 58 % in Cyprus, Hungary, Ireland and the United Kingdom, and 69 % in Bulgaria.