One Family has signed up to the Declaration of the Civil Society on the occasion of the 20th Anniversary of the International Year of the Family.

We have developed links in relation to this anniversary and attended the Doha International Institute for Family Studies and Development (DIIFSD), The International Federation for Family Development (IFFD) and the Committee of the Regions of the European Union in cooperation with the Focal Point on the Family (UNDESA) European Expert Group Meeting ‘Confronting family poverty and social exclusion; ensuring work-family balance; advancing social integration and intergenerational solidarity’ as preparations for and observance of the twentieth anniversary of the International Year of the Family in 2014, in Europe.

We also founded a campaigning coalition called All Families Matter and we are seeking a progressive review of the Constitution in relation to the family.

We are calling on the Government to designate a national Family Day.

15 May is the annual UN International Day of the Family and One Family requests that Minister Fitzgerald designates the nearest Sunday as a national Family Day in Ireland. In much the same way as we mark Mother’s Day and Father’s Day, we would like Family Day to also be celebrated. Our annual Family Day Festival will be held on 18 May 2014 again in the Iveagh Gardens and we will be again promoting our call to ‘Celebrate your family – Celebrate all families’ through all the schools, community and voluntary groups in Ireland.

We believe that this cost-neutral designation will send a powerful message to all families that this country respects and celebrates the reality of their lives through this national Family Day.

We are seeking support to hold a seminar to mark a number of significant reforms in relation to family life in Ireland. In a relatively short space of time the legal and social landscape in relation to families will change. Reforms that we are aware of include:

2014 may provide an opportune time to reflect on these changes and to work towards a Constitutional reform of the definition of family which will inevitably be required at some stage. A conference or seminar will provide a forum for people to learn more about reforms and to look forward to a new vision of how our laws and policies can reflect the reality of the diversity of family life in Ireland today.

One Family also plans to highlight the year with a number of other smaller events which will be kicked off by a radio documentary on the founding of our organisation over 40 years ago which will be aired at 9am on Sunday 29 December on Today FM.

10 Ways to Make the Most of the Playground

Parenting | 10 Ways to Feel Pride In Your Family 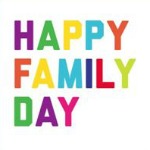 10 Ways to Improve Listening in the Home

New Report Proves Marriage is not Responsible for Children’s Well-being Cherish All The Children – a Documentary about our Groundbreaking Fou...
Scroll to top